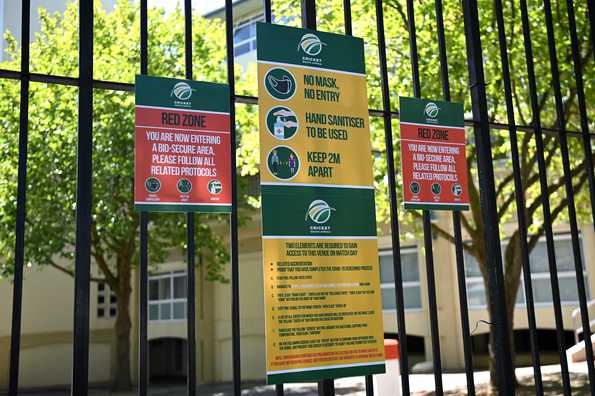 Representational image: The Netherlands tour of South Africa is in jeopardy © Getty

The Netherlands tour of South Africa is in jeopardy as an emerging Coronavirus variant of concern in South Africa has prompted stricter travel restrictions.

The emergence of the new strain, currently dubbed B.1.1.529, has prompted the UK to temporarily suspend flights from South Africa, as well as several other Southern African countries, as quarantine facilities for returning passengers are prepared.

Several members of the Netherlands side are contracted to English counties and reside in the UK, which is set to ban non-residents from entry from noon on Friday and enforce a ten-day self-funded mandatory hotel quarantine on any UK and Irish residents arriving after 4am on Sunday morning.

With flights already being cancelled, there were concerns in the Dutch camp that some members of the team might even be stranded in South Africa.

The first of the three ODIs will go ahead as planned at Centurion today, but no decision has yet been made on whether the Dutch will remain in South Africa to play the remaining two CWC Super League fixtures after flights resume on Sunday.