Alpine enjoyed a competitive race at the Losail International Circuit, Fernando Alonso scoring his first podium on his return to the revamped Enstone team while Ocon took fifth, as both drivers managed to execute a marginal one-stop strategy.

But Alpine’s result was not down to just strategy alone, as shown by Alonso’s fifth place in qualifying, which after penalties for Max Verstappen and Valtteri Bottas became third on the grid.

Ocon believes his team made the difference in Qatar by finding a better set-up, saying his was pleasantly surprised with the settings Alpine found out of the box.

“For sure, the characteristics did suit the car pretty well, so that was a very good surprise when we put the car down, how we felt the grip was working,” he explained.

“But not only that I think we did an exceptionally good job at setting up the car, finding little more things that we didn’t necessarily find at other places.

“Little tricks here and there that made the difference this weekend to have more pace, to extract more pace out of the car.

“And the tyre management, the strategy that we had in the race, everything was spot on pretty much. The only thing that was not ideal was my Q3 run on Saturday.

“I think we’ll have obviously a lot of data to analyse and see why we were so competitive here. But in general, I think we have made a step with the car in terms of understanding and getting everything sorted [unclear] to the track conditions.” 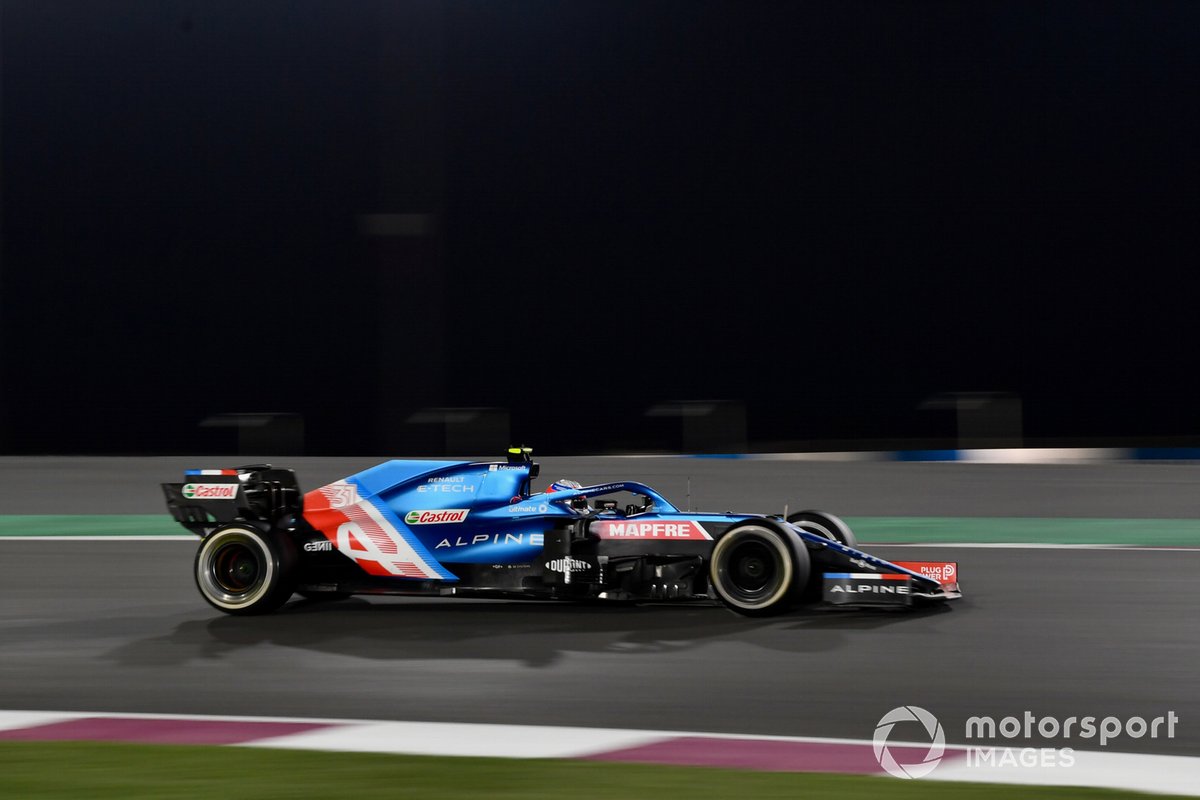 With its 25-point haul Alpine landed an all-but decisive blow on AlphaTauri in the scrap for fifth in the world championship, now leading the Italians by as many points going into the final two races.

Ocon thinks his team, which has seen a management overhaul in the past 12 months, has “transformed” since the start of the season and is in a good place to attack F1’s new regulatory era in 2022.

“Yes, huge progress definitely since the beginning of the year and since last year. I see a team completely transformed, a team united,” he added.

“We have great pressure from the bosses, Laurent Rossi and Luca di Meo, they are competitors as much as we are and they are fully supportive behind us.

“There are such great vibes, there is no negative stress inside the team, and we are all pushing in the same direction. So, it’s definitely a perfect environment.”