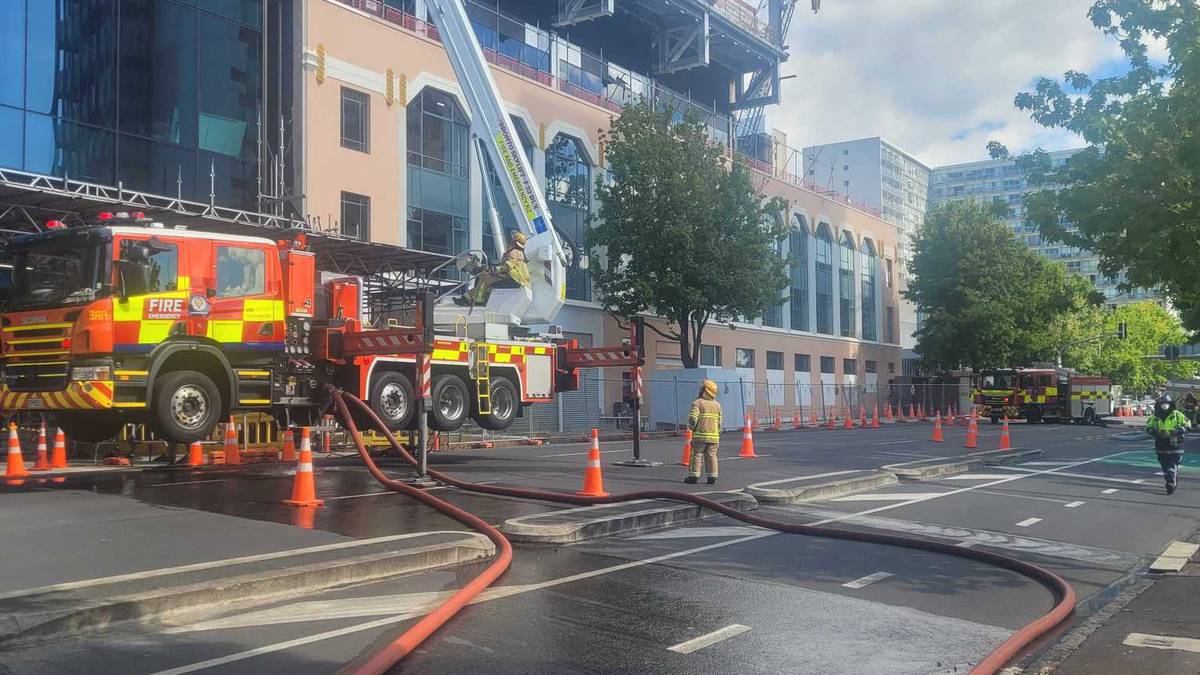 Emergency services are at the scene of a fire at SkyCity’s New Zealand International Convention Centre in Auckland.

Fire crews have been referred to as to the constructing in central Auckland’s simply after 4.30pm, Fire and Emergency NZ confirmed.

Seven fire crews have been at the scene. FENZ confirmed crews had contained a fire at the central metropolis venue this afternoon.

They mentioned a small fire was present in a welding set – which is now underneath management.

Photos at the scene present a number of fire home equipment on Nelson St.

Auckland Transport tweeted a warning to motorists a couple of highway closure at Nelson St.

“Part of Nelson Street is closed due to a fire at the Sky City Convention Centre.

“Detour details are not yet available but delays and possible cancellations are expected.”

Part of Nelson Street is closed as a consequence of a fire at the Sky City Convention Center.
Detour particulars aren’t but out there however delays and attainable cancellations are anticipated. pic.twitter.com/6247IPadD8

The 2019 fire took days to place out and triggered some workplaces to evacuate as smoke drifted throughout town.

It was later discovered to be attributable to a gasoline torch, which unintentionally left cardboard materials smouldering on high of the under-construction centre.