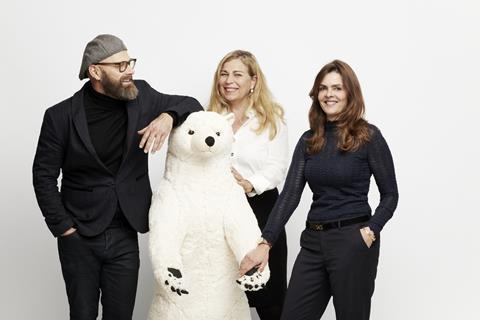 Writer/directors Lone Scherfig and Ole Christian Madsen and producer Malene Blenkov formed Creative Alliance in 2013 and will all be part of the new division. The new deal takes effect on December 1.

Blenkov told Screen: “The industry has changed enormously in the last couple of years and our energising and inspiring conversations with the directors of Nordisk Film Production freed us to focus on moving on into the future ways of producing. We realised that we could partner and be liberated to concentrate on elevating our creative focus in producing and lift our projects more substantially.”

She explained that while Creative Alliance will no longer be an independent company, “this collaboration gives us the possibility of maintaining our unique profile while at the same time lending from Nordisk Film’s capacity and strength.”

Blenkov said that the creative producer/director partnership will remain key. The company has an active slate of feature films and TV shows. Current projects include Scherfig’s hospital-set TV show for Denmark’s TV2 (now in post); a forthcoming Viaplay show with director Milad Alami to shoot in spring 2022; and a Madsen project in development with HBO.

The company’s past films include The Kindness of Strangers and Backstabbing For Beginners.